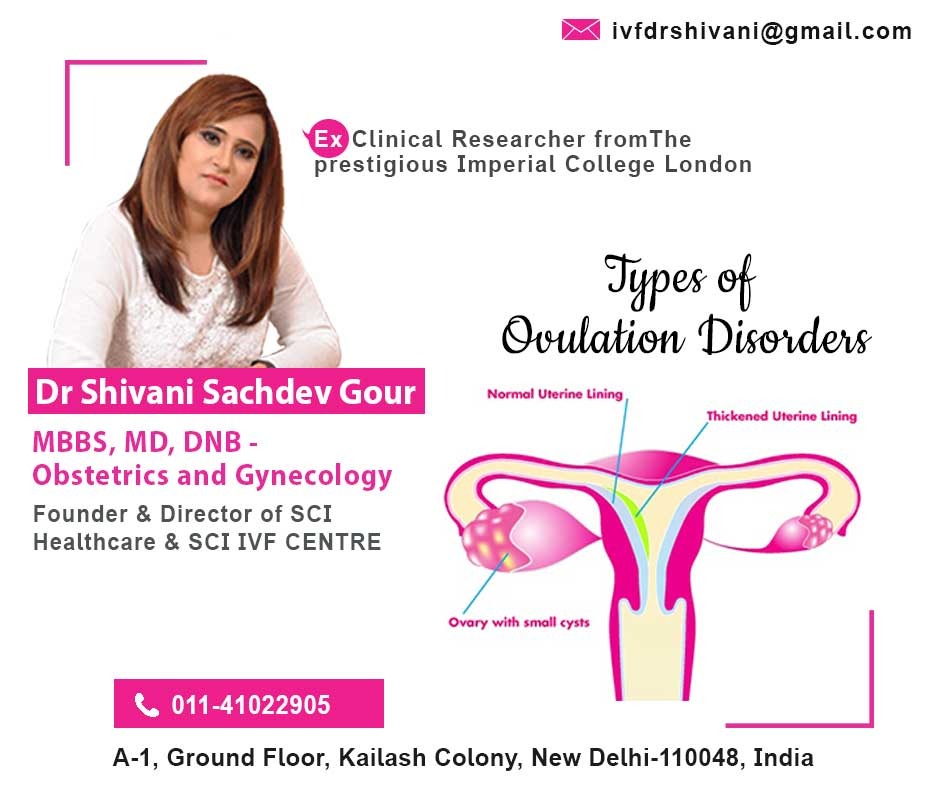 Class I ovulatory disorders involve women with very low levels of the crucial fertility hormones known as follicle stimulating hormone (FSH) and luteinizing hormone (LH) which released by the pituitary gland that are responsible for the grow a follicle which ultimately release an egg. These types of patient can be treated effectively with the application of injectable fertility medications that contain FSH hormone. The required FSH hormone helps the normal ovary to release an egg.  The prospect for successfully pregnancy is very high.

This type of Ovulation Disorders also can be found in women with polycystic ovary syndrome (PCOS). PCOS is type of metabolism disorder and it is genetically based. It is particularly of sugar metabolism that spoils egg development and egg follicle as well as ovulation. In such conditions diet with high protein, low carbohydrate is recommended. Ovulation induction and metformin can be helpful in having children. These patients are generally treated with ovulation induction therapy with oral medications such as clomiphene citrate (Clomid), Letrozole (Femara) and generally in combination with gonadotropins containing FSH such as Bravelle, Follistim, Gonal-F and Menopur. Lupron or HCG (Ovidrel) can be used to either trigger the LH surge (Lupron) or mimic the LH surge (hCG).

IVF treatment may be applied to the patient if the patient still unable to conceive after having three ovulatory cycles, do not ovulate with the application of above listed medications or exhibit over-response with excessive number of lead follicles as it is a usual danger with PCOS.

Releasing one follicle is considered far better than no egg. Your doctors will always suggest and help you to avoid any chance multiple gestations as it is considered not a good situation to become pregnant with two or more babies and expected to deliver at same time.

Female who have abnormally high levels of the essential fertility hormones such as luteinizing hormone (LH) and follicle stimulating hormone (FSH) released from the pituitary gland exhibit this type of ovulatory disorders. To adjust women’s fertility potential and declining function of ovaries and the eggs within them FSH and LH releasing rate is generally high. The Class III disorders includes women having premature ovarian failure with age less than 40 years, older women in perimenopause and women with advanced stages of endometriosis and  past surgery involving at least one ovary. There is a very less chance to have a healthy baby with this type of patient even with use of their own eggs. The doctor may suggest other more aggressive ovulation induction treatment with IVF therapy. The donor egg may be considered for IVF therapy which may results in rather higher pregnancy rates. These types of disorders seen in women with low thyroid hormone levels (hypothyroidism) and high levels of prolactin (the milk secretion hormone). The pituitary gland in the brain release relatively low FSH hormone.

You may contact Dr Shivani Sachdev Gour for your all questions related to Delayed Frozen Embryo Transfer. She is recognized as one of the best gynecologists and infertility specialist based in Delhi.